GROW® Biotech is the Research and Development (R&D) division of biopharmaceutical company  GROW® Group PLC, one of our fellow tenants at Rothamsted Enterprises. Headed up by GROW® co-founder and CSO Dr Ian Atkinson (photo below), the R&D team include Drs Chris Cordier, Dominic Pye and Yonek Hleba.

The Company is focussed on unlocking the potential of cannabis medicines and empowering greater access for everyone who needs it. They are achieving this by developing new technologies for medical cannabis producers and pushing the scientific boundaries, so they can create better quality and more cost-effective medicines to manage the symptoms of disease states, including people living with chronic pain, mental health, and neurological conditions.  These are debilitating conditions that could be managed with personalised, rather than generic, medicines to drive best outcomes for each individual patient and greatly improve their quality of life. 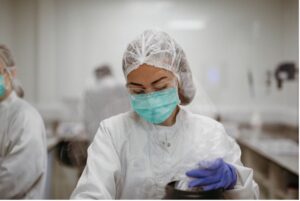 GROW® Group was co-founded in 2017 by CEO, Ben Langley and CSO, Dr Ian Atkinson, just prior to legalisation of the prescribing of medical cannabis in the UK a year later in 2018. The Company is now the largest supplier of medicinal Cannabis in the UK and Ireland.

The two principal areas that the GROW® Biotech team are focussed on are the extraction and purification of cannabinoids and creating tools that are optimised for use in processing cannabis.  The team have been focussed on developing an efficient cannabinoid extraction process and they are currently during testing out their first product in the field with Cannabis producers.

GROW® Biotech have developed a more efficient and less resource hungry process. They can use wet cannabis leaves, negating the drying stage and extract the Cannabinoids using polymers to capture the required cannabinoids, CBD, and THC.    The process removes a lot of the impurities that come along with the cannabinoids during extraction.  The polymer can then be re-used.  Cannabinoids can also be stored on the polymer, giving improved handling and storage of the otherwise sticky resin that is the product of traditional processing.  The process/product is currently in Beta trials and the R&D team are planning to have the product/process ready for commercial use/trials as soon as reasonable. 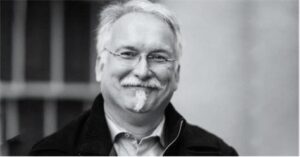 Ultimately, the aim of GROW’s new technology is to reduce the cost of cannabis medicine production, a saving that can be passed on to the patient.

The team have a pipeline of developments lined up including capturing rare and unstable cannabinoids that are likely to have interesting therapeutic potential based on early data as an opportunity for the next evolution of Cannabis to generate new avenues of growth.

If you would like to know more about this fascinating company, please contact John Allies at john@strategicallies.co.uk